History of the Supreme Court

As a separate and co-equal branch of government, the Judicial Branch is led by the Chief Justice, who, pursuant to Article IV, Section 13 of the Delaware Constitution, serves as the administrative head of all of the State courts. Since the founding of the modern Delaware Supreme Court in 1951, there have been nine chief justices. 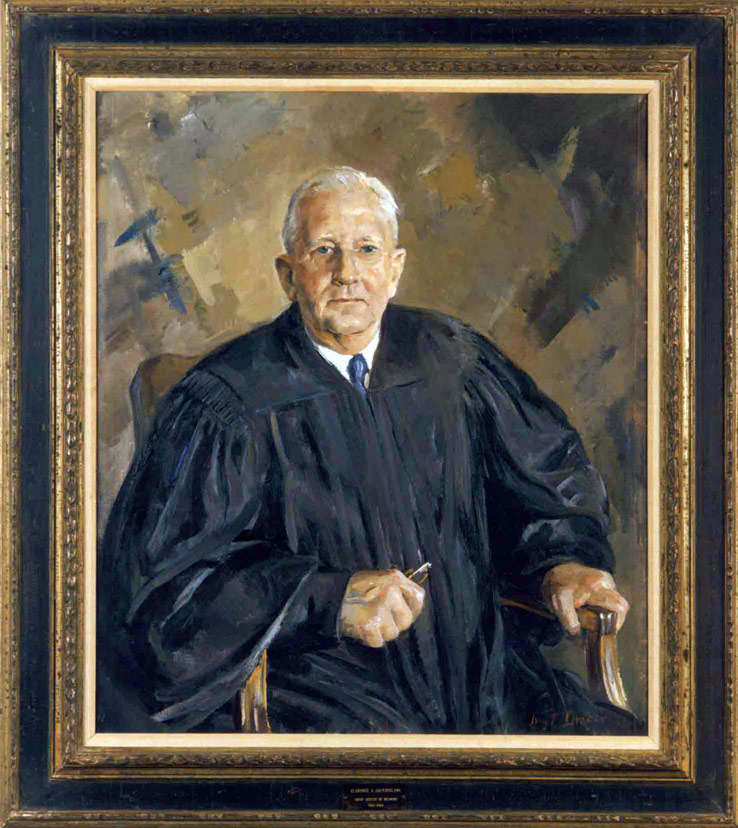 Chief Justice Southerland was born in Baltimore and raised in Wilmington. After receiving a law degree from Georgetown University, he served in World War I and practiced law. At the time of his appointment as chief justice, he was known as one of the leaders of the corporate bar and during his tenure as chief justice, the Supreme Court issued a number of seminal corporate opinions.

A native of Kent County, Chief Justice Terry attended Washington and Lee Law School and was admitted to the Delaware bar in 1924. In 1938, after having served as secretary of state, he was appointed resident judge of the Superior Court in Kent County, becoming president judge in 1957. He joined the Supreme Court in 1962 and, in 1963, was elevated to chief justice. However, he served only one year as chief justice, choosing to resign his position and run for governor. Although he had a short tenure as chief justice, Chief Justice Terry was instrumental throughout his career on the bench in improving the judicial system and is also known as the only person in the history of Delaware to have served both as chief justice and as governor. 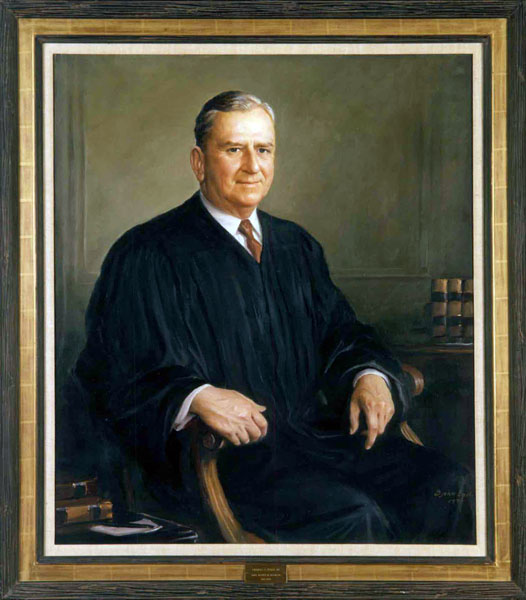 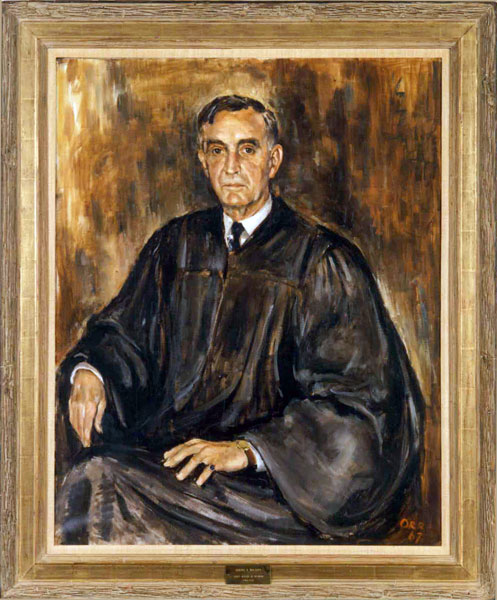 A Delaware native, Chief Justice Wolcott was a graduate of the University of Pennsylvania Law School. He was appointed to the Superior Court in 1949 and in 1950, was appointed chancellor, a position previously held by his father and grandfather. Upon the creation of the separate Supreme Court in 1951, he was appointed a justice of the Supreme Court and served in that position for fourteen years, until he was named chief justice in 1964. His years on the court marked a period of high growth in the court’s caseload and numerous significant opinions.

Chief Justice Herrmann had been a member of the Supreme Court since 1965 when he was named chief justice in 1973. As chief justice, he took a strong interest in the administration of the court system. Through his efforts, the Supreme Court was enlarged from three members to its current size of five justices. He was also responsible for instituting the state of the judiciary address, initiating computerized case processing systems, establishing priorities in the disposition of criminal cases, and improving court facilities. 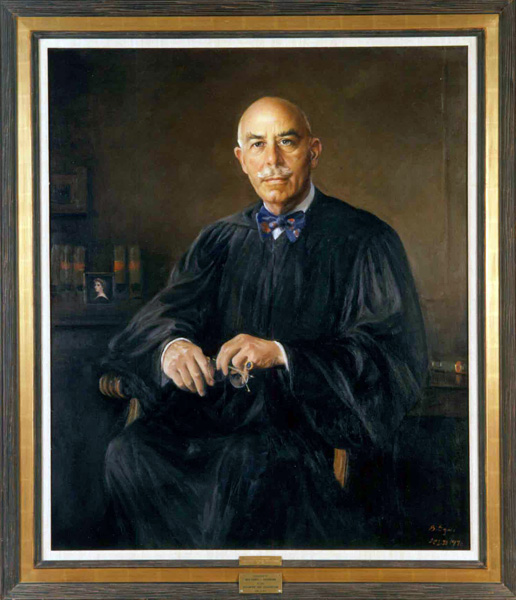 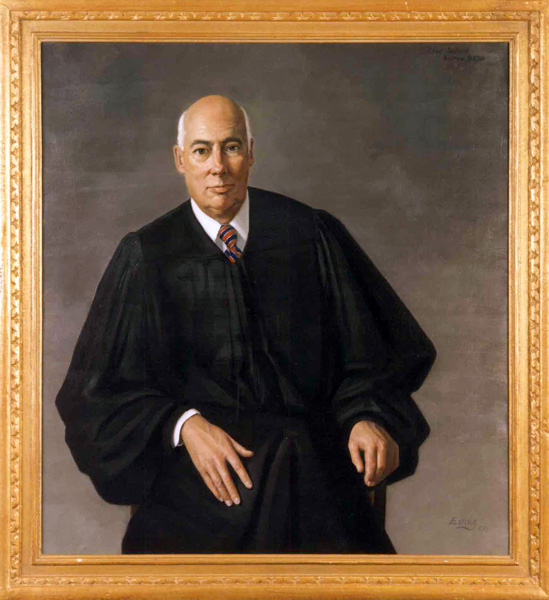 A graduate of the University of Pennsylvania Law School, Chief Justice Christie became a member of the Delaware Bar in 1947. He was appointed resident judge of the Superior Court for New Castle County in 1957 and served in that position until appointed to the Supreme Court in 1983. In 1985, he was named chief justice. He was the first chief justice to present a unified budget for the judiciary. His time as chief justice was also a period of intense activity in the corporate law with the Supreme Court handling numerous shareholder derivative suits.

Chief Justice Veasey, like Chief Justice Southerland, was a leading member of the corporate bar when he was appointed chief justice in 1992. After receiving a law degree from the University of Pennsylvania, he began a lengthy career at the law firm of Richards, Layton & Finger, where he eventually served as managing partner and as president of the firm. Throughout his career as an attorney, he served the judicial branch by chairing numerous Supreme Court committees. As chief justice, he has been credited with leading nationwide programs to ensure professionalism in the practice of law and adopting best practices in the running of the courts during his tenure and served as president of the Conference of Chief Justices. 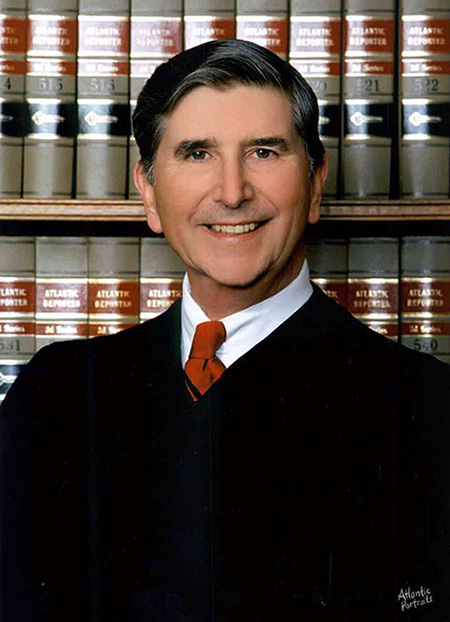 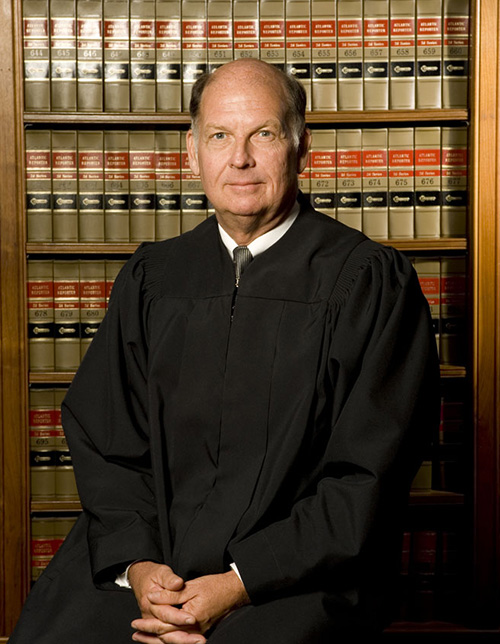 Chief Justice Steele had a long career on the bench prior to being named chief justice, having served on the Superior Court and the Court of Chancery, and as a justice on the Supreme Court. In 1990, while a partner with Prickett, Jones & Elliott, he was named resident judge of the Superior Court in Kent County. He was appointed to the Court of Chancery in 1994 and to the Supreme Court in 2000. He was named chief justice in 2004. He currently serves on the Judicial Conference Committee on Federal-State Jurisdiction and is a member of the American Board of Trial Attorneys, having been the first member of the Delaware Judiciary selected to serve in this capacity. As the head of the court system, he has focused, among other administrative efforts, on the development of a unified budget priority system for all of the courts. Chief Justice Steele holds B.A., J.D. and LL.M. degrees from the University of Virginia.

The Honorable Leo E. Strine, Jr. was sworn in as Chief Justice on February 28, 2014, having previously served as the Chancellor of the Court of Chancery since June 2011 and as Vice Chancellor since 1998. Chief Justice Strine also has long-standing positions as the Austin Wakeman Scott Lecturer in Law at the Harvard Law School, Senior Fellow at the Harvard Program of Corporate Governance, and Adjunct Professor of Law at the University of Pennsylvania. He also serves as the Special Judicial Consultant to the Corporate Laws Committee of the American Bar Association. Before joining the Court of Chancery, Chief Justice Strine was Counsel to Governor Thomas R. Carper. Before his position with Governor Carper, Chief Justice Strine served as a corporate litigator at Skadden, Arps, Slate, Meagher & Flom and as law clerk to Judge Walter K. Stapleton of the U.S. Court of Appeals for the Third Circuit and Chief Judge John F. Gerry of the U.S. District Court for the District of New Jersey. 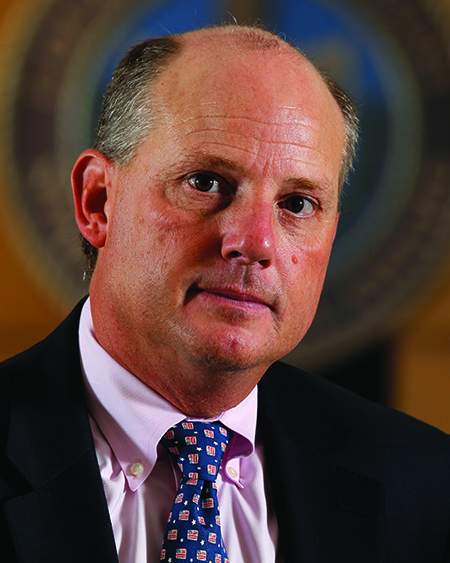 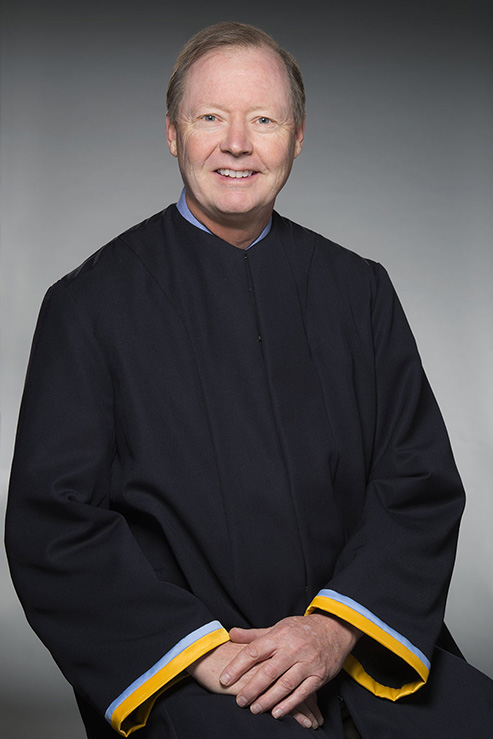